We use analytical and social media cookies. We use this data to improve the website. This data remains anonymous.

Looking for a used GC/MS?

As laboratory you can buy a new GC/MS or an used one. An used one is much cheaper an even reliable.

Worldwide there are suppliers (Labrecycling) of used chromatography systems. A GC/MS is a typical chromatograpy system. It is used for analysing environmental samples.

What is a GC/MS

A gas chromatography-mass spectrometry (GC/MS) system separates chemical mixtures (GC component) and identifies the components at the molecular level (MS component). It is one of the most accurate tools for analysing environmental samples.
With a GC, a mixture is separated into individual substances by heating.  The heated gases are passed through a column containing an inert gas (e.g. helium). When the separated substances come out of the column opening, they flow into the MS.

Mass spectrometry identifies compounds by the mass of the analyte molecule. The collection of known mass spectra, which includes several thousand compounds, is stored on a computer. Mass spectrometry is considered the only definitive analytical detector. 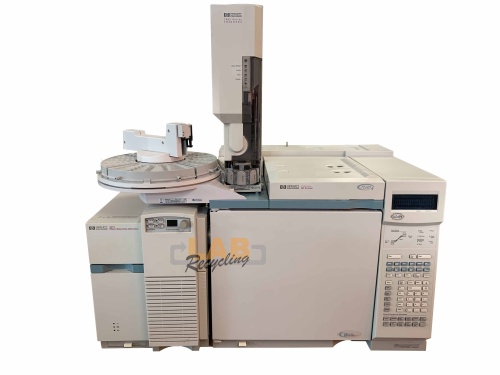